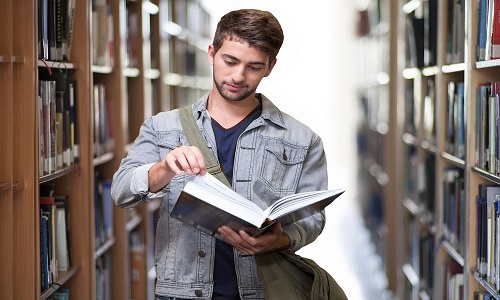 Who won’t like a change? Yes, although we all are so attached to our hometowns and countryside’s when it comes for a standard living and good wages the upcoming generation opts for foreign countries. If you are a person who waits for a better settlement in life with high hopes, here are some ideas that can change your dreams into reality. Of course, hardship pays at the end but through right knowledge.

English is most commonly used language in all most countries. It’s reach is so wide and helps us in many situations like pursuing a high post in a reputed company or for the placement in a good education institute, the benefits goes on. Certain exams like OET, IELTS would find help for you to migrate to your dream destination for either studies, work or for a permanent residency.

It’s an international standardized test which looks for proficiency for english language for people who are non-native is English language speakers. The International English Testing System is counted as one of the major English language tests in the world and it’s jointly managed by different councils naming as the British Council, IDP: IELTS Australia and Cambridge Assessment English which lay foundation in 1989.

IELTS can be taken either by computer based or paper based. Here they are providing you a platform to perform to your utmost by this two approaches without the fear of your bad writing and a typing specialist can well fit in by completing the exam within the time limit.

The two modules are available in IELTS. They are programmed to cover the full ability of the user. Academic is designed for the test takers who seeks for abroad education or any professional registration where as general training version is mainly for the purpose for studying, working or for training at a secondary school or to migrate to a English speaking countries.

The content, context and purpose of the tasks differ in both modules as per the test takers need. The features such as time allocation, length of the written responses and reporting scores are same for both.

IELTS test the ability of the person to listen, speak, write and read in English. The speaking session is considered as the key component of the test. The examiner will be having a one to one session as like an interview. The session is recorded for remaking in case of an appeal against score given. However, this session duration is 11 to 14 minutes. Reading and writing session is held for 60 minutes. Listening will last for 40 minutes including a 10 minutes as a transfer time in paper based test making thus the total time 2 hours and 45 minutes. The speaking test is conducted either on the same day or up to seven days before or after the other tests which is completed in a single sitting.

The modules consist of four sections. Each consist of 10 questions to answer. Each section starts by introducing about the situation and the speakers for the test taker to have an idea. Each section is heard only once as the answers will be in order as the information in the recording. The marks also depends on the grammar and spelling mistakes.

In academic,
The task one will be about a graph, table, chart, map, process, pie chart or a diagram in their own words.
The task two is all about writing an essay on discussing a point of view, present and justify an opinion, compare and contrast evidence, opinions and implications and evaluate and challenge ideas, evidence or an argument.
In general training,

Task one is about describing the response to a given everyday situation in a letter form.
Task two is to write an essay on given topic of general interests.

The speaking has 3 sections.

Section One: This is an introduction section lasting 4 to 5 minutes.

Section Two: This section lasts for 3 – 4 minutes. The examiner will give a particular topic and the test taker get one minute for preparation prior to speaking. The clue card states the points to include in the talk.

Section Three: This is a discussion part between the examiner and the task taker. This section includes the questions relating to the theme spoken in section two. It takes 4 – 5 minutes.

Expert User Has full operational command of the language: appropriate, accurate and fluent with complete understanding.

7 Good User: Has operational command of the language, though with occasional inaccuracies, inappropriateness and misunderstandings in some situations. Generally handles complex language well and understands detailed reasoning.

6 Competent User: Has generally effective command of the language despite some inaccuracies, inappropriacies and misunderstandings. Can use and understand fairly complex language, particularly in familiar situations.

5 Modest user: Has partial command of the language, coping with overall meaning in most situations, though is likely to make many mistakes. Should be able to handle basic communication in own field.

4 Limited User: Basic competence is limited to familiar situations. Has frequent problems in understanding and expression. Is not able to use complex language.

2 Intermittent User: No real communication is possible except for the most basic information using isolated words or short formulae in familiar situations and to meet immediate needs. Has great difficulty understanding spoken and written English.

1 Non User: Essentially has no ability to use the language beyond possibly a few isolated words.

0 Did not attempt the test No assessable information provided at all.

The Validation of the test is for 2 years.

This 3 hour IELTS test determine your chance to explore the dream life  as well as your higher education in foreign country’s.Hope all my fellow readers got a clear image on IELTS test.

You may also like to read : Top Scholarships for degree students – Get the full details here

Gyaangram provides you with the latest educational updates, recruitment news and other tips and tricks for students as well as for job seekers.